Nikola Corporation (NASDAQ:NKLA) is an electric vehicle startup that became a public company following a special purpose acquisition company (SPAC) merger with VectoIQ Acquisition. NKLA stock gained a lot of attention in 2020, but for all the wrong reasons. Allegations from Hinderburg Research that Nikola is a fraud brought bad publicity to its doorstep. Despite this, NKLA stock is still overvalued now, and I recommend avoiding it. 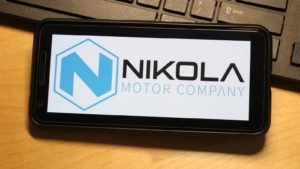 The new business entity was set to have an implied value of about $3.3 billion, not bad at all for a startup with no significant business operations. Was this value justified? No. It is a pure stock bubble.

Nikola and its founder Trevor Milton have important legal issues to face. Both were subpoenaed by the U.S. justice department. This has cost the company $5 million in legal and regulatory costs. That is a lot of money for a company with almost zero revenue. According to Yahoo, for the quarter ending on March 30, 2020, the revenue reported was $58,000. For the quarter ending in late June 2020, revenue declined to $36,000. And for the last quarter ending in late September 2020, the revenue reported was zero.

To me, legal issues for any company is a compelling argument to stay away from its shares. The risks are too high until the case is settled. Will they be fined? If yes, how much? Can it affect business operations? It sure can and has already harmed the brand name of the company.

Financial shenanigans often relate to operational problems and troubled business plans. And the credibility of the company’s products and management’s ethical behavior is of paramount importance.

One of the most important ethical concerns is that Nikola showed a video about one of its trucks, implying that it was fully functional. In reality, it proved that it was not. And while the company never said that its truck wasn’t fully functional, it did not deny it either. This is a clear sign of misrepresentation to the investment public.

Making a marketing video and misrepresenting material facts related to the stock’s financial performance is very severe. And a reason to stay away from the company’s stock.

Another key point that is negative for Nikola is the fact that its founder Trevor Milton, amid fraud claims, resigned. He is no longer on the management board of the company. Management is a vital part of a company’s success materializing its vision into a profitable business model. For Nikola, this move for the founder shows a lack of belief in the company’s potential and technology as well.

Contrast that with Tesla (NASDAQ:TSLA) as a reference. A huge part of the TSLA stock surge is attributed to Elon Musk.

Nikola: Expecting More from the Order Book and a Competitive Advantage

What about the competitive advantage of Nikola’s technology? The company is focusing to disrupt the hydrogen economy by building trucks that will be powered by hydrogen and electric batteries. It is investing in developing hydrogen fueling station infrastructure, a technology that is costly and not widely adopted today for mass transportation. So what if this investment in this hydrogen related infrastructure does not pay off? It will be a bad investment decision with a significant negative impact on future profitability.

Nikola and GM: A Business Story That Did Not End Well

In 2020 General Motors (NYSE:GM) announced a $2 billion investment in Nikola in exchange for an 11{de3fc13d4eb210e6ea91a63b91641ad51ecf4a1f1306988bf846a537e7024eeb} share of the company. That was enough news to send NKLA stock surging. The bad news is that it did not last long. Soon after, the report with fraud claims against Nikola, GM decided to cancel the deal. As expected, a selloff for NKLA stock followed.

To me, the decision of GM to cancel the deal was completely justified. The risk of investing in a company that would soon have legal issues was too high and would damage the brand name of General Motors.

Another point to mention that shows Nikola is not taking the investing public seriously is the fact that although we know that the strategic collaboration with General Motors has failed, there is no update about this material event in the investors’ section about the third quarter of 2020 results.

I strongly believe that Nikola should pursue other strategic partnerships to become a company with viable products and not just promises. Nikola has a joint venture with Iveco that intends to start producing heavy-duty electric trucks late in 2021.

In the end, I left my favorite question about NKLA stock. What is its valuation? Given the fact that the company has no revenue and may not have considerable revenue for 2021 and even 2022, valuing the stock with discounting cash flows is of no value. The company has negative operating cash flows. Without any significant sales, and assuming that research and development costs will increase as Nikola is focusing on its prototype trucks, I do not see profitability in 2021.

As a verdict, I believe that NKLA stock is a pure stock bubble now. I would suggest avoiding it.

On the date of publication, Stavros Georgiadis, CFA, did not have (either directly or indirectly) any positions in the securities mentioned in this article.