Two new Minnesota laws will take effect on New Years Day: one to do with the handling of rape kits and the other with prior authorization by health insurance companies.

Jan. 1 will also mark an increase in the state minimum wage to adjust for inflation. The commissioner of the Department of Labor and Industry announces the adjustment every year by the end of August and it takes effect in the new year.

Here are the details on the new laws taking effect Jan. 1.

Restricted kits do not include a release form signed by the victim that allows law enforcement to submit it to a forensic laboratory, according to state law.

The current law gives some discretion to law enforcement on submission of those restricted kits to the forensic lab, and the new law will remove that discretion, according to a summary of the change by the Minnesota Department of Representatives.

“The new law also requires the unrestricted kit to be retained indefinitely by the submitting agency once returned from the testing laboratory,” according to the summary.

Tech:Go beyond the Instagram posts with stories, videos, photos and more

It will also require the hospitals that prepare the kit or the law enforcement agency that receives it to send that kit to the Bureau of Criminal Apprehension within 60 days. Then the BCA must store all restricted kits collected in the state for at least 30 months.

“Because a restricted kit, by definition, is one where the victim doesn’t want evidence in the kit analyzed, the kit is often destroyed by law enforcement at three or six months, depending on agency policies,” according to the law summary from the House. “Supporters say the extended time would give sexual assault victims a chance to change their mind about having a kit sent to a lab.”

Prior authorization or pre-authorization is when a health insurance company reviews and approves a health care expense before the service is provided, such as for a planned surgery.

“Under the (new) law, if a person switches health plan companies, their new provider will be required to comply with previous prior authorizations for health care services for the first 60 days after enrollment while a new utilization review is conducted,” according to the House of Representatives. “The enrollee, or a medical professional acting on their behalf, will be required to submit documentation to access this.”

The new law also requires health insurance companies post requirements and restrictions on how they determine prior authorization in easy-to-understand language. 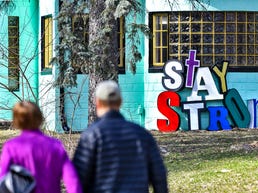 “In addition, health plan companies will be required to post certain data on their public websites, including the number of prior authorization requests for which an authorization was issued and the reasons for prior authorization denial,” according to the House summary. “This will need to be available online by April 1, 2022, and updated by each following April 1.”

Both new laws had bipartisan support.