The numbers are still coming about how many businesses have been shuttered as a result of COVID-19, and considering the financial pain many firms are experiencing, a true tally won’t be known for quite a while.

But evidence of the tens of thousands of businesses that have closed can be found in shopping malls and on main streets across Canada.

Behind the figures and boarded-up businesses is the human toll the closures had on the entrepreneurs who saw their passions, dreams and financial lifeblood disappear.

These are the stories of three entrepreneurs from different industries who faced that arduous reality and agreed to share details about their businesses’ downfall, the emotions they’ve felt and how they’re trying to keep their chin up through the heartbreak.

‘I knew we couldn’t weather that storm’

It only took a few days after the Alberta government forced Scott McDermott to close down his fitness gym that he realized the ultimate fate of his business.

Leading up to the coronavirus lockdown in March, he had already cancelled group workouts and child-minding services as fears grew about the coronavirus pandemic. He and his staff were busy preparing online workouts, meal plans and programs for members.

Two days after Best Body Fitness in Sylvan Lake, a resort town in central Alberta, was told to close its doors, McDermott had his weekly meeting with his bookkeeper.

As they looked over the numbers, it hit him. No matter how successful the online offerings were, there was no financial path to overcoming how deep of a hit COVID-19 was going to have on his gym.

Even if gyms would reopen quickly, there would be restrictions, and he knew some members wouldn’t feel comfortable returning for quite a while, regardless of the health and safety protocols introduced.

“I knew we couldn’t weather that storm,” he said.

“It was crystal clear. There was not a cell in my body that didn’t know that was the right decision.”

That March night he wept at his desk until 2 a.m. After 18 years in business, it was over.

“We put so much into it, and we helped so many lives, and we made such a difference, and it was just gone.”

WATCH | How this fitness gym owner realized his business would have to close:

During a meeting with his accountant, Scott McDermott knew instantly he had to shutdown his fitness gym for good. 3:43

After he informed the staff, customers who had prepaid memberships were invited back to take some of the fitness equipment as a trade.

Now, months later, McDermott is trying to stay positive. Instead of working upwards of 100 hours a week as an entrepreneur, his stress levels are noticeably down.

Part of the reason is because the gym was open 24 hours a day, so he always felt like he was working. In addition, the last five years were difficult financially with a struggling Alberta economy and rising business costs.

We stole from our RRSP, and we took from our savings account, and we borrowed money from our parents because you kept believing it’s going to get better. It’s going to turn the corner. When COVID hit, it’s like, no. That’s it.– Scott McDermott

“We stole from our RRSP, and we took from our savings account, and we borrowed money from our parents because you kept believing it’s going to get better. It’s going to turn the corner. When COVID hit, it’s like, no. That’s it.”

As painful as it was to shutter his business, he’s trying to enjoy this transition in life. He’s active with public speaking, online fitness coaching and writing two books. He’s also promoting a documentary about his recovery from a horrific cycling crash in 2015 during an ultra-endurance race.

He isn’t sure if any of these ventures will flourish enough to pay the bills, but he’s excited to find out.

“It’s like a blank slate,” he said. “I’m just trying to be creative and find a way.”

Unlike McDermott, Brianna Hallet was able to reopen her hair salon after the lockdown began in March. However, as the summer wore on, it became clear SwizzleSticks Salon Spa in Calgary was no longer viable.

Adhering to health restrictions meant operating at less than half capacity with up to seven stylists working at one time, even though there are 16 chairs.

The spa side of her business never did reopen to offer massages, facials and other services.

Meanwhile, she said her landlord wouldn’t budge on providing any relief, and the business struggled to pay the rent that was still owed for the spring months when the shop was closed.

Hallet also didn’t qualify for the federal government’s Canada Emergency Business Account, which provides small businesses with interest-free loans of up to $40,000.

“It just seemed like there were too many blockades, and we really didn’t know what the rest of the year would also hold. So even if we got through the next month, what would the next month bring? Would we have to be closed again?”

When the decision was made to permanently close, Hallet had her accountant in the room to help explain the situation to staff and help with the transition.

“Oh my gosh, telling the team was really, really hard. I had the PricewaterhouseCoopers team with me. So that was really nice to have some support on site, but that was an emotional day. Lots of tears.”

WATCH | It wasn’t just one financial obstacle to overcome:

Brianna Hallet was able to re-open SwizzleSticks after the lockdown measures, but it proved to be difficult. 2:25

The end of SwizzleSticks is still a painful reality for Hallet who worked there 14 years and was the owner for the last six years.

“It’s been hard. It’s been a really tough identity thing. I didn’t realize how much of my identity I placed within SwizzleSticks. Even last night, I was journaling some thoughts, and it’s still — it’s the identity,” she said, along with grief and mourning.

Hallet is thankful she kept up her skills behind the chair after becoming the salon owner, as she’s been able to find work at a different salon.

While her first experience as a business owner didn’t end the way she would have liked, it hasn’t diminished her entrepreneurial spirit.

“Absolutely, it’s just a part of me. There are too many opportunities not to do it again.”

At the beginning of the year, business was actually pretty good at Enzo Energy Services. The oilpatch has had many struggles since the severe price crash began in 2014, but in the early months of 2020, Casey Johnson’s shop in Red Deer, Alta., was pretty active, and crews were busy.

The trucking company hauled chemicals and other fluids for the oil and gas industry.

Still, he clearly remembers March 9. Saudi Arabia and Russia had begun flooding the market with oil as part of a price war and — coupled with growing coronavirus fears beginning to hurt demand for fuel — sent crude prices spiralling to their lowest levels in several years.

On that day, “all the trucks came home,” he said. “The trucks really just never went out again.”

Enzo qualified for multiple government aid programs, but it didn’t make an impact.

“For the size of company we were, it was like firing a paintball gun at a tank. It just wasn’t enough,” he said. “The core issue was such a drop in demand for our services.”

In August, the business shutdown, and two auction companies were called to sell off everything from large trucks to office desks and chairs. Johnson always thought his business would eventually be sold or merged with a larger company.

“It was excruciating,” he said. “It was probably the hardest decision I’ve ever made in my life.”

At its height, the firm had 25 employees.

“To tell them and their families that their paycheque will not be coming from the business any longer was really hard.”

WATCH | The tough transition after closing your business: 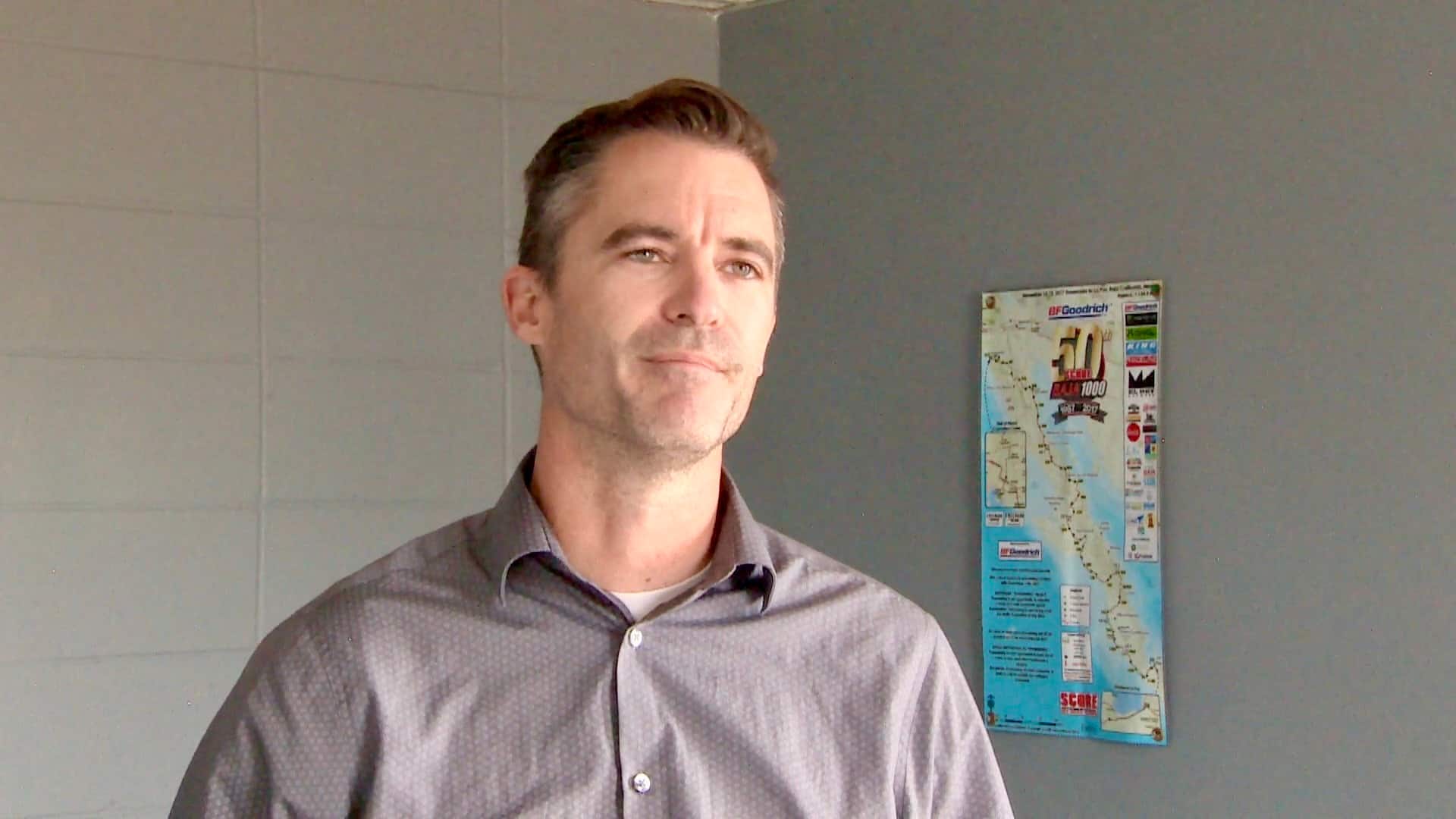 After shuttering his business, Casey Johnson was fortunate to get a new job and in a way, create a new identity for himself 1:12

Johnson himself has been able to find work at an environmental company, which he described as a relief to keep him busy while this part of his life winds down. There’s still more work ahead to be done with creditors, and finding a new tenant for the building won’t be easy.

Still, he’s optimistic about the future. When he does reflect on the business, he tries to focus on the many high points of the 10-year journey.

“When a business closes down, it feels like a huge loss of yourself,” he said. “[But] we’re more than the job we do or the business that we own. And there’s more value to life than the business, even though when you’re in the middle of it, it can be hard to make that distinction.”

Did you have to permanently close your business this year?

4 Advantages Automation Brings to Your Business, Employees, and Customers

How AI Is Changing The Game In Insurance