A common argument for raising the corporate income tax rate is that collections as a share of gross domestic product (GDP) fell after the rate was reduced to 21 percent as part of the Tax Cuts and Jobs Act (TCJA) in 2017. But that argument is incomplete, as the U.S. also has a large pass-through business sector where taxes are collected through the individual income tax system.

Using Internal Revenue Service (IRS) data on income earned from sole proprietorships, partnerships, and S corporations, and the average tax rate on individual income, we can calculate a conservative measure of pass-through business tax collections and compare it to corporate tax collections over time (see Figure 1). 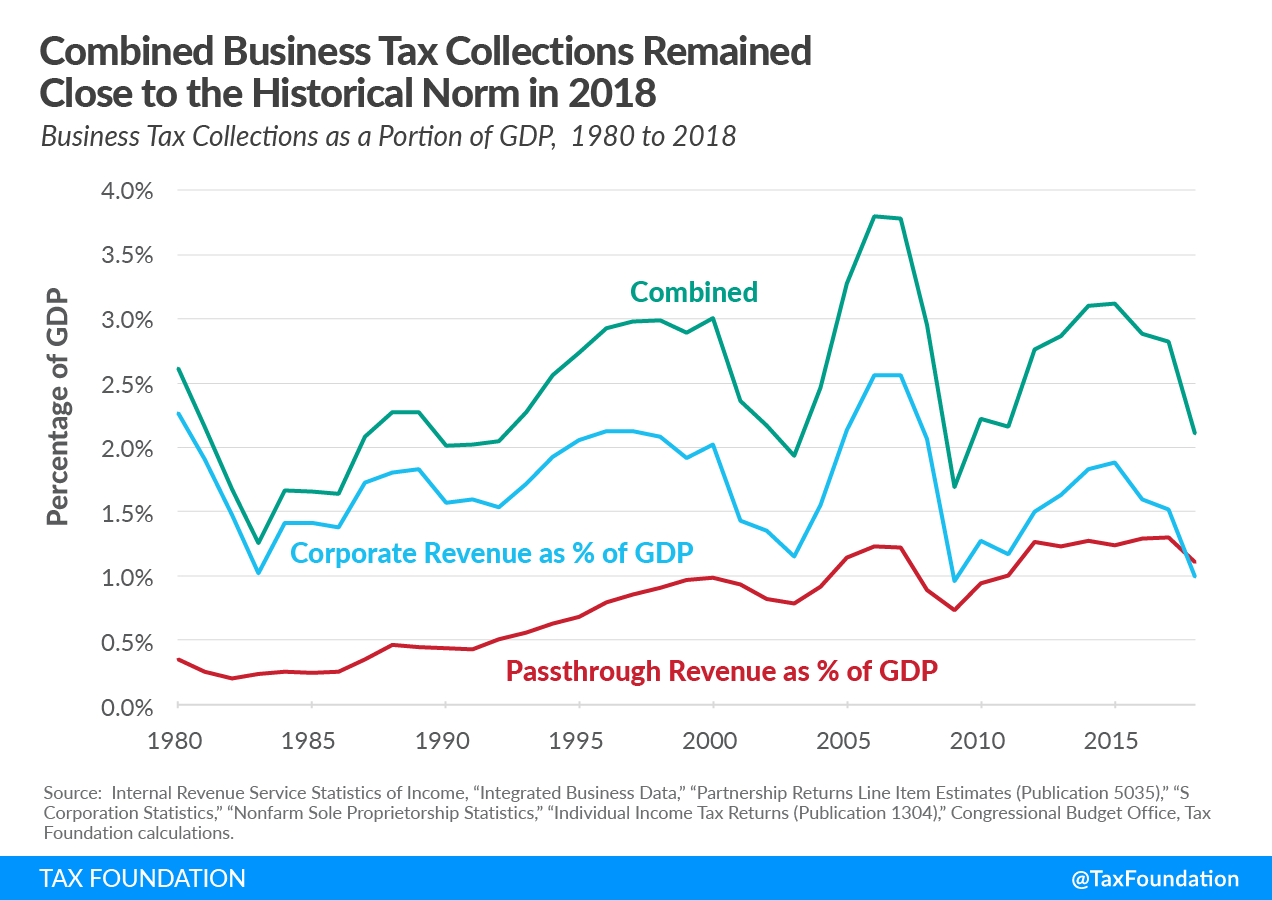 The TCJA also included base broadeners, such as a tightening of the limitation for deducting interest, that will recoup business tax revenue in the coming years. This means that business tax collections will likely rise closer to the historical average of 2.5 percent of GDP in the next few years.

For example, the average individual income tax rate in 2011 was about 12.5 percent, but according to a more detailed analysis, the effective pass-through firm tax rate was 19 percent in 2011. That indicates pass-through tax collections may be substantially higher than our estimates.

When looking at the tax burden on businesses over time, it is important to provide a complete picture by accounting for the different types of businesses in the U.S and the timing effects of the 2017 tax law. Doing so provides important context on existing tax burdens and for considering the impact of raising taxes on corporations and pass-through firms.

Was this page helpful to you?

The Tax Foundation works hard to provide insightful tax policy analysis. Our work depends on support from members of the public like you. Would you consider contributing to our work?

Contribute to the Tax Foundation

Let us know how we can better serve you!

We work hard to make our analysis as useful as possible. Would you consider telling us more about how we can do better?