KYOTO, Japan — Naomi Hasegawa’s family sells toasted mochi out of a small, cedar-timbered shop next to a rambling old shrine in Kyoto. The family started the business to provide refreshments to weary travelers coming from across Japan to pray for pandemic relief — in the year 1000.

Now, more than a millennium later, a new disease has devastated the economy in the ancient capital, as its once reliable stream of tourists has evaporated. But Ms. Hasegawa is not concerned about her enterprise’s finances.

Like many businesses in Japan, her family’s shop, Ichiwa, takes the long view — albeit longer than most. By putting tradition and stability over profit and growth, Ichiwa has weathered wars, plagues, natural disasters, and the rise and fall of empires. Through it all, its rice flour cakes have remained the same.

Such enterprises may be less dynamic than those in other countries. But their resilience offers lessons for businesses in places like the United States, where the coronavirus has forced tens of thousands into bankruptcy.

“If you look at the economics textbooks, enterprises are supposed to be maximizing profits, scaling up their size, market share and growth rate. But these companies’ operating principles are completely different,” said Kenji Matsuoka, a professor emeritus of business at Ryukoku University in Kyoto.

“Their No. 1 priority is carrying on,” he added. “Each generation is like a runner in a relay race. What’s important is passing the baton.”

Japan is an old-business superpower. The country is home to more than 33,000 with at least 100 years of history — over 40 percent of the world’s total, according to a study by the Tokyo-based Research Institute of Centennial Management. Over 3,100 have been running for at least two centuries. Around 140 have existed for more than 500 years. And at least 19 claim to have been continuously operating since the first millennium.

(Some of the oldest companies, including Ichiwa, cannot definitively trace their history back to their founding, but their timelines are accepted by the government, scholars and — in Ichiwa’s case — the competing mochi shop across the street.)

The businesses, known as “shinise,” are a source of both pride and fascination. Regional governments promote their products. Business management books explain the secrets of their success. And entire travel guides are devoted to them.

Most of these old businesses are, like Ichiwa, small, family-run enterprises that deal in traditional goods and services. But some are among Japan’s most famous companies, including Nintendo, which got its start making playing cards 131 years ago, and the soy sauce brand Kikkoman, which has been around since 1917.

To survive for a millennium, Ms. Hasegawa said, a business cannot just chase profits. It has to have a higher purpose. In the case of Ichiwa, that was a religious calling: serving the shrine’s pilgrims.

Those kinds of core values, known as “kakun,” or family precepts, have guided many companies’ business decisions through the generations. They look after their employees, support the community and strive to make a product that inspires pride.

For Ichiwa, that means doing one thing and doing it well — a very Japanese approach to business.

The company has declined many opportunities to expand, including, most recently, a request from Uber Eats to start online delivery. Mochi remains the only item on the menu, and if you want something to drink, you are politely offered the choice of roasted green tea.

For most of Ichiwa’s history, the women of the Hasegawa family made the sweet snack in more or less the same way. They boiled the rice in the water from a small spring that burbles into the shop’s cellar, pounded it into a paste and then shaped it into balls that they gently toasted on wooden skewers over a small cast-iron hibachi.

The rice’s caramelized skin is brushed with sweet miso paste and served to the shrine’s visitors hot, before the delicate treat cools and turns tough and chewy.

Ichiwa has made a few concessions to modernity. The local health department has forbidden the use of well water. A mochi machine hidden in the kitchen mechanically pounds the rice, saving a few hours of work each morning. And, after centuries of operating on the honor system, it charges a fixed price per plate, a change it instituted sometime after World War II as the business began to pay more attention to its finances.

The Japanese companies that have endured the longest have often been defined by an aversion to risk — shaped in part by past crises — and an accumulation of large cash reserves.

It is a common trait among Japanese enterprises and part of the reason that the country has so far avoided the high bankruptcy rates of the United States during the pandemic. Even when they “make some profits,” said Tomohiro Ota, an analyst at Goldman Sachs, “they do not increase their capital expenditure.”

Large enterprises in particular keep substantial reserves to ensure that they can continue issuing paychecks and meet their other financial obligations in the event of an economic downturn or a crisis. But even smaller businesses tend to have low debt levels and an average of one to two months of operating expenses on hand, Mr. Ota said.

When they do need support, financing is cheap and readily available. Interest rates in Japan have been low for decades, and a government stimulus package introduced in response to the pandemic has effectively zeroed them out for most small enterprises.

Small shinise often own their own facilities and rely on members of the family to help keep payroll costs down, allowing them to stockpile cash. When Toshio Goto, a professor at the Japan University of Economics Graduate School who has written several books on the enterprises, conducted a survey this summer of companies that are at least 100 years old, more than a quarter said they had enough funds on hand to operate for two years or longer.

Still, that does not mean they are frozen in time. Many started during the 200-year period, beginning in the 17th century, when Japan largely sealed itself off from the outside world, providing a stable business environment. But over the last century, survival has increasingly meant finding a balance between preserving traditions and adapting to quickly changing market conditions.

For some companies, that has meant updating their core business. NBK, a materials firm that started off making iron kettles in 1560, is now producing high-tech machine parts. Hosoo, a 332-year-old kimono manufacturer in Kyoto, has expanded its textile business into home furnishings and even electronics.

For others, keeping up with the times can be hard, especially those, like Tanaka Iga Butsugu, that are essentially selling tradition itself.

Tanaka Iga has been making Buddhist religious goods in Kyoto since 885. It is famous for what its 72nd-generation president, Masaichi Tanaka, jokingly refers to as the “Mercedes-Benz” of butsudan — household shrines that can sell for hundreds of thousands of dollars.

The pandemic has been “tough,” he said, but the biggest challenges faced by his company, and many others, are Japan’s aging society and changing tastes.

Some companies have closed because the owners could not find a successor. For Mr. Tanaka, it is getting harder and harder to replace skilled traditional workers. Business is crimped because fewer people nowadays go to the temples he supplies. And new homes are rarely built with a place to put a butsudan, which normally occupies its own special nook in a traditional Japanese-style room with tatami flooring and sliding paper doors.

When it comes to religious tradition, there is little room for innovation, Mr. Tanaka said. Many of his products’ designs are nearly as old as the company. He has considered incorporating 3-D printers into his business, but he wonders who’s going to buy items made with one.

Ichiwa is blissfully untroubled by such concerns. The family is large, the business is small, and the only special skill needed to grill the mochi is a high tolerance for blistering heat.

But Ms. Hasegawa, 60, admits she sometimes feels the pressure of the shop’s history. Even though the business doesn’t provide much of a living, everyone in the family from a young age “was warned that as long as one of us was still alive, we needed to carry on,” she said.

One reason “we keep going,” she added, is “because we all hate the idea of being the one to let it go.” 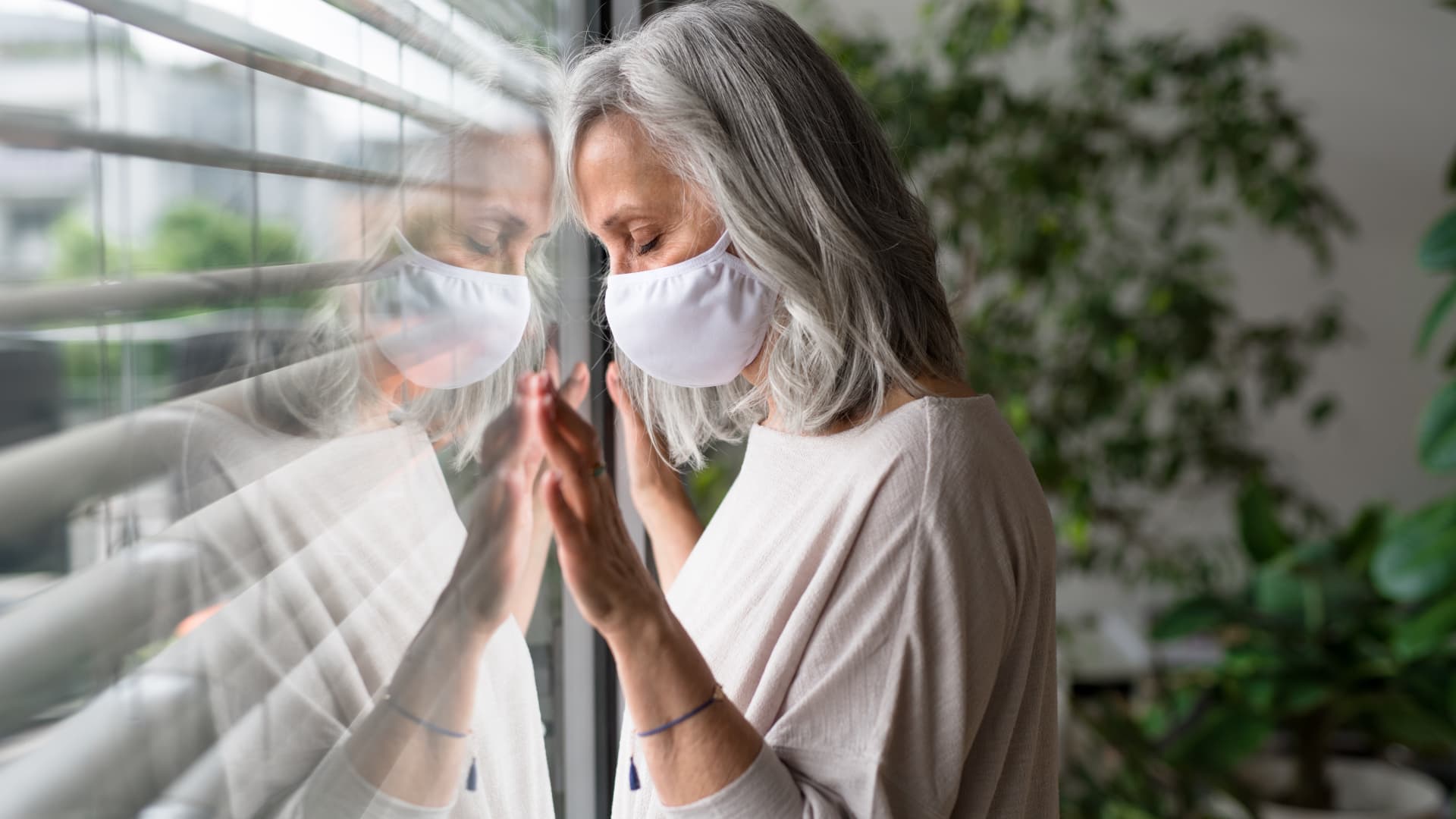