Hiring and wages at small businesses ticked upward slightly last month despite the ongoing economic fallout from the COVID-19 pandemic.

The monthly Small Business Employment Watch from payroll giant Paychex and research firm IHS Markit found that five of the eight industry sectors analyzed experienced job growth in January, with losses concentrated in the leisure and hospitality sector. Both earnings and hours worked trended higher last month to start the year after a six-month slowdown last year. Hourly earnings growth increased 2.68 percent, while weekly earnings growth ticked up 2.84 percent as weekly hours worked rose 0.17 percent, despite business closures and lockdowns in many parts of the country. However, the Small Business Jobs Index moderated slightly to 94.00 or 0.07 percent.

“There’s actually some underlying strength if you look under the hood,” said Frank Fiorille, vice president of risk management, compliance and data analytics at Paychex. “The total index is relatively stable, flat, and down just a tick, but for the first time in a long time we saw five of the eight industry codes actually had a higher number for the month. Just like you see in the national numbers, the index and employment numbers are being dragged down by the restaurant and hospitality sector. But I thought it was pretty positive. Most of the segments were up.” 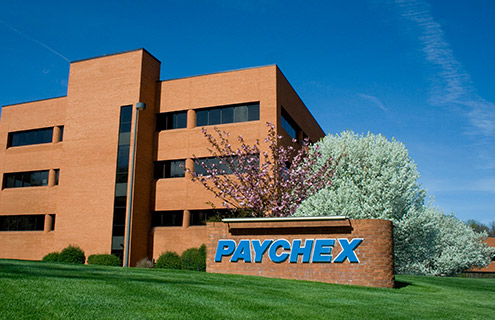 The hiring and wage improvement may be due in part to the stimulus package that Congress passed in January. It revives the Paycheck Protection Program that expired last summer, providing up to $284 billion in forgivable loans to small businesses, as well as extends tax credits such as the Employee Retention Credit through March. While small businesses will still be facing the challenges of the ongoing pandemic and the slow rollout of vaccines for their employees and customers, the economy may be showing signs of improvement this year, at least in some sectors.

The Biden administration has been negotiating with both Democrats and Republicans in Congress over the next stimulus package. While Biden has proposed a $1.9 trillion relief package, including $1,400 stimulus payments, Senate Republicans have countered with a more limited package of $618 billion, with $1,000 relief checks targeted at lower-earning taxpayers. Biden has also called for raising the minimum wage to $15 per hour across the country, but Republicans are opposed to that provision.

Fiorille advises accountants to stay informed and keep their small business clients informed about upcoming stimulus measures that could affect them, as well as new rules about the Paycheck Protection Program and Employee Retention Credit.

“Clearly the stimulus package has been passed, but more importantly this rolling guidance keeps coming out that sort of clarifies things,” he said. “There’s a lot of stuff in what’s been passed and what could be passed, the minimum wage and even more stimulus and help for consumers and small businesses. Specifically now that the new PPP draw program has been rolled out, watch for some clarification on that, and what businesses could be eligible for that. The Employee Retention Credit has been enhanced to be more flexible and many more businesses to be eligible for that. There’s a lot of stuff in the states and on the labor front. Businesses need to be watching for that.”