Updated at 10:15 p.m. with information about other states considering similar policy.

AUSTIN — Senators watered down a proposal originally intended to ensure thousands of new moms have health insurance for a full year after giving birth, offering up six months of coverage instead.

The bill to extend Medicaid coverage is meant to prevent mothers from dying or developing serious complications after childbirth. Medicaid covers low-income women through pregnancy and then cuts off 60 days after delivery, leaving them little time to schedule follow-up appointments or continue with treatment, advocates say.

Sen. Lois Kolkhorst, R-Brenham, did not offer a reason for cutting down the time period, which was approved unanimously in the committee she leads. Lt. Gov. Dan Patrick said Friday he supports the bill, “we just needed to make it less than a year.”

“The language that we’re putting in to six months is something the Senate will support,” the Republican told Spectrum News, adding that he’s aware of only one other state that offers 12 months. Several more, like Texas, are weighing the policy currently.

If the bill passes the Senate, the House would have to agree to the changes or try hashing out the differences in a conference committee.

Cutting the proposed coverage in half conflicts with the advice of the experts lawmakers called on to help them combat maternal mortality. The expert panel recommended a full year of comprehensive care, after finding a significant number of Texas women died in the months after childbirth due to a range of causes, including drug overdoses, cardiac events, suicide and infections. Black women died at a disproportionately higher rate than other new mothers.

Rep. Toni Rose, D-Dallas, who filed the bill to extend Medicaid coverage from two months to a full year, did not respond to a request for comment about the Senate change. But Rose told The Dallas Morning News earlier this month she brought the legislation because Black women are dying at alarming rates.

“It’s important that women seek the treatment that they need after having a baby,” she said.

“Women are committing suicide because they don’t have access to care,” Rose added. “You’re at home after you have a baby — postpartum — and you don’t know what’s wrong with you, but if you’re able to have access to health care or to a doctor you can get the treatment that you need.” 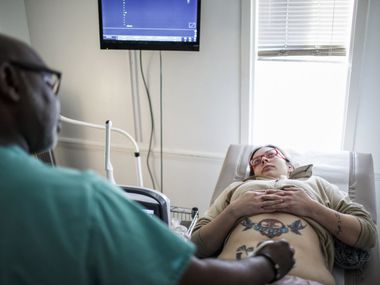 The change stands to affect thousands of women each year. Roughly half the babies in Texas are born to mothers on Medicaid.

Extending coverage for a year after birth would cost the state $77 million to $102 million annually over the next few years, according to estimates. Those projections aren’t yet available for the six-month proposal offered by the Senate, but it would likely cost less. Medicaid is financed with a mix of state and federal funds.

The House overwhelmingly supported 12 months of coverage, and House Speaker Dade Phelan, R-Beaumont, made it a priority.

The bill, House Bill 133, is one of the few advancing this session that would extend Medicaid coverage in Texas, where nearly 1 in 5 people lack health insurance. A far larger proposal to expand Medicaid to cover hundreds of thousands of low-income Texans, including postpartum women and other adults, did not receive a committee hearing in either chamber.

Advocates praised the Legislature’s focus on maternal health, though they said the evidence supports the 12-month coverage period.

“An additional four months is certainly better than cutting off moms 60 days after childbirth, but the evidence is clear that treating moms’ physical and mental health conditions for a full year after childbirth is critical to their health and their baby’s development,” Stephanie Rubin, CEO of the advocacy group Texans Care for Children, said in a statement.

The federal government requires pregnancy-related Medicaid coverage to last only 60 days after childbirth, though a few other states lengthened it to six months or a year, according to Kaiser Family Foundation. At least eight others, including Florida and West Virginia, passed bills this year to extend coverage to 12 months postpartum, according to the National Academy for State Health Policy. Women in 38 states that have expanded Medicaid can maintain their coverage even past the one-year mark.

In a recent Senate hearing on the bill, Kolkhorst said an extension is the right thing to do.

“It does protect children, the unborn children and then postpartum,” she said. “Pretty amazing that so few states offer 12-month coverage and that this would put Texas in a different category.” 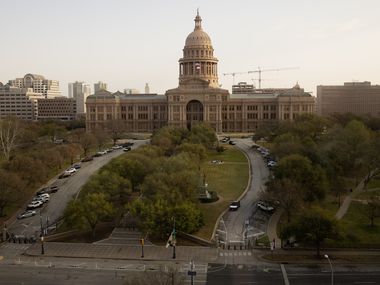 In its latest report, the state’s Texas Maternal Mortality and Morbidity Review Committee found nearly a third of the deaths they reviewed from 2013 occurred in the months after a woman gave birth. Chronic disease was a leading factor. Pregnant women who lacked access to care or financial resources often put off treatment or failed to seek it altogether, the committee found.

“We’ll recognize they have this chronic condition during pregnancy, but we’re ill prepared to do much about it after they deliver because their insurance lapses within two months,” she said.

A lot of the conditions killing women, including hypertension and diabetes, require regular checkups and medications, she said. But without insurance, many women stop seeking care because they cannot afford it. If they get sick enough, they end up in the emergency room, she said.

“If we are able to keep these women healthy, they will enter into future pregnancies healthier,” Quint-Bouzid said. “In the end, it does impact the child’s health as well as the mother’s health.”

4 Advantages Automation Brings to Your Business, Employees, and Customers

How AI Is Changing The Game In Insurance