Private sector employment declined by 123,000 jobs in December, according to payroll giant ADP, in a sign of continued economic fallout from the COVID-19 pandemic, though the professional services like accounting saw a modest increase.

“As the impact of the pandemic on the labor market intensifies, December posted the first decline since April 2020,” said Ahu Yildirmaz, vice president and co-head of the ADP Research Institute, in a statement Wednesday. “The job losses were primarily concentrated in retail and leisure and hospitality.” 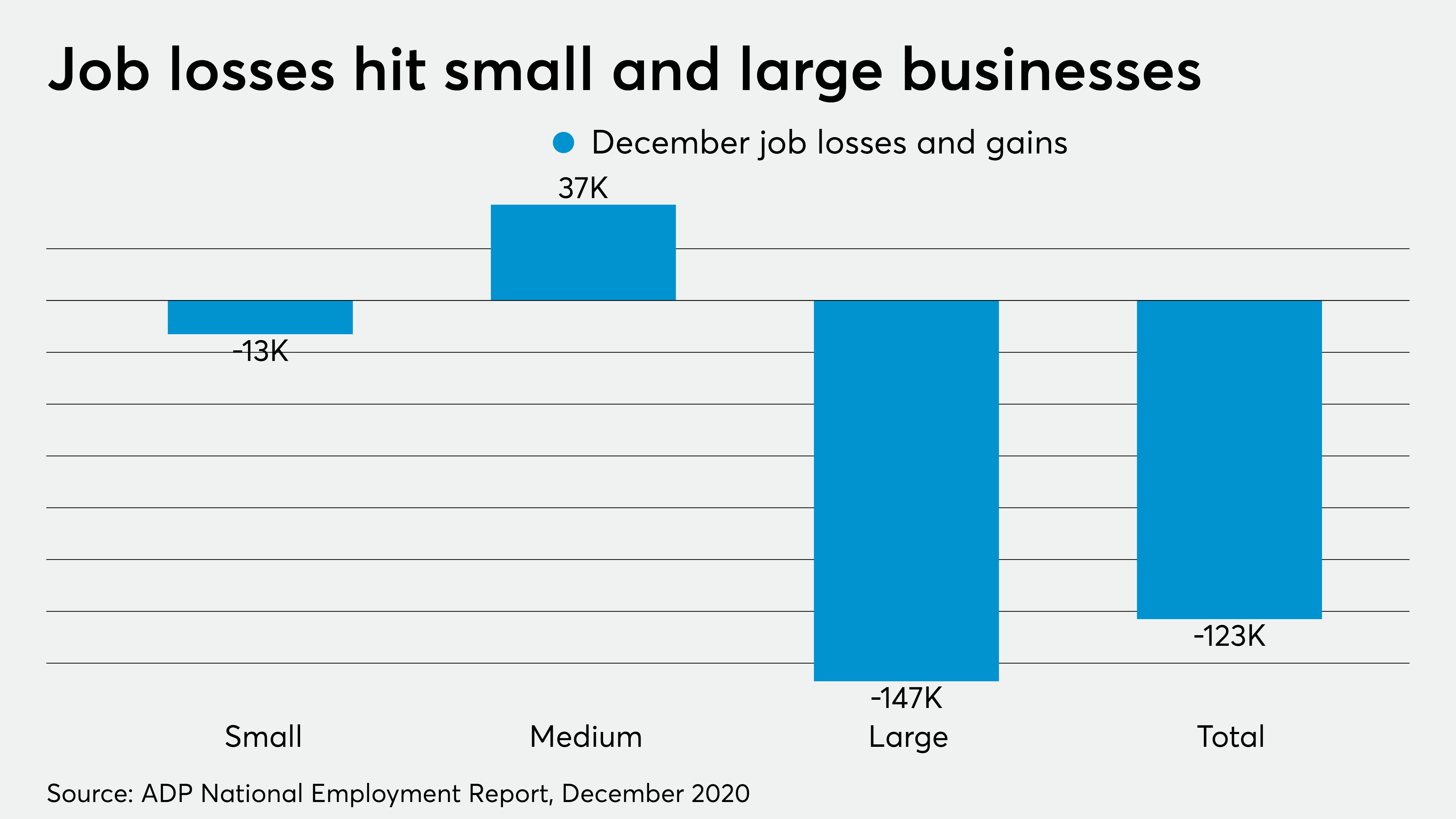 The goods-producing sector subtracted 18,000 jobs, while the service sector lost 105,000 jobs. However, there was a gain of 12,000 jobs in professional and business services such as accounting, tax preparation and other services. The financial activities sector also gained 2,000 jobs as Wall Street continued to perform well despite difficult economic conditions across much of the country. Franchise job employment fell by 5,300 jobs.

“The obvious clear message from the ADP report is that the economy is struggling to avoid backsliding into recession,” said Mark Zandi, chief economist at Moody’s Analytics, which compiles the monthly employment report with ADP. “The intensifying pandemic, more infections, hospitalizations and deaths since the fall are doing significant damage to the job market. You can see that by the job declines in retailers, restaurants, the accommodation industry, personal and recreational services. These are industries that have been forced to resume laying off workers, and other industries have turned a bit more cautious in their hiring. The economy ended 2020 on a very soft note. After a number of months of job gains, it’s disconcerting to see the job losses in December.”