In December, when AWS had a major outage in its Northern Virginia region that brought down apps, websites and services reliant on its cloud computing platform, Parametrix Insurance jumped into action.

The 3-year-old startup offers cloud downtime insurance to compensate policyholders for their financial losses — or their customers’ losses — when their cloud provider has a service disruption. On average, one of the three major public cloud providers — AWS, Microsoft Azure and Google Cloud — experienced an outage lasting at least 30 minutes every three weeks in 2021, according to Parametrix.

“These types of events are what we’re here for,” said Neta Rozy, a Parametrix co-founder and its chief technology officer. “We’ll monitor the clouds, and we’ll know how they’re performing at any given time … and, more importantly, when they’re not performing. When we identify downtime, we pay out for the customer immediately. Any loss is covered. Unlike traditional insurance where you have to file a claim, in this case, there’s no claim process.”

“We really saw a need in the market,” Rozy said. “The [Parametrix] founders have either founded or worked at companies that were reliant on the cloud, and we had each experienced downtime in different ways and seen the impact of it. There really wasn’t a good solution — a financial solution — for the losses associated with cloud.” 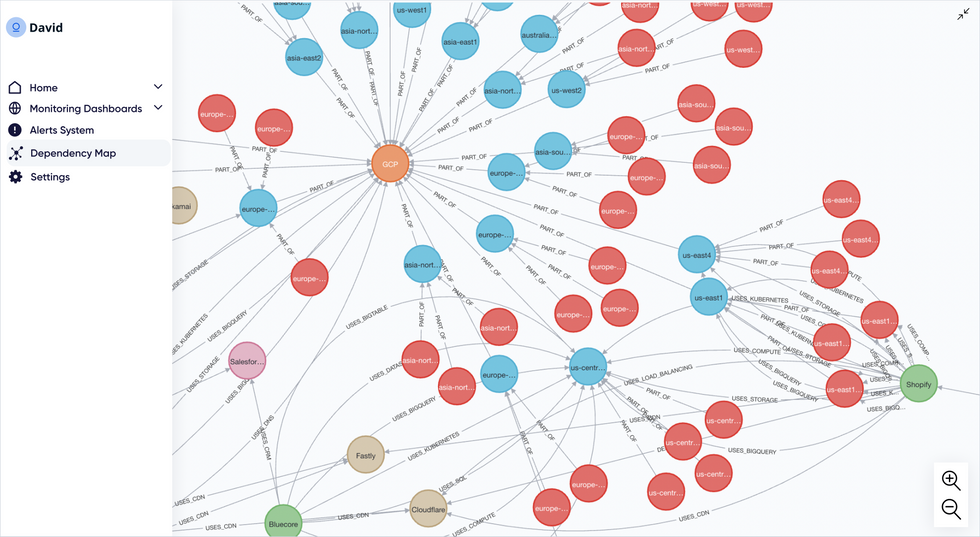 To get started, Parametrix and its customers agree on the dollar value of the coverage they’ll need for each hour of downtime. It offers a free risk assessment and will recommend a coverage amount based on the type of customer as well as its industry, revenue and other factors, but customers can opt for less or more coverage. There are no deductibles.

IDC forecasts that total worldwide cloud spending will reach $1.3 trillion by 2025, while the global insurance market is expected to grow to $6.4 trillion in 2025.

“Combining those two worlds has the potential for a lot of success,” Rozy said, noting that Parametrix is not aware of any competitors offering similar cloud downtime insurance.

The company, which is selling its policies in the United States, Europe, Israel and Japan, has hundreds of customers, according to Rozy. Its “sweet spot” is enterprises — companies that are focused on risk management and trying to protect against any financial losses — as well as cloud-dependent businesses.

Syte, which offers a product discovery platform for brands and retail, is a Parametrix customer.

“We leverage visual AI to improve search and discovery experiences for shoppers and to drive revenues for retailers,” CEO Vered Levy-Ron said. “If our platform were to go down because of a cloud outage, this would result in a poor shopper experience and our customers — the retailers — would lose out on revenue. Buying cloud downtime insurance allows us to mitigate this risk of lost revenue and ensure that we are able to compensate customers for any missed [service-level agreements] due to cloud downtime.”

Syte has yet to have a downtime incident since signing up for the coverage but, Levy-Ron said, “were we to have had an outage prior to being insured, we would have been forced to use money from our cash balance sheet and incur unanticipated expenses.” 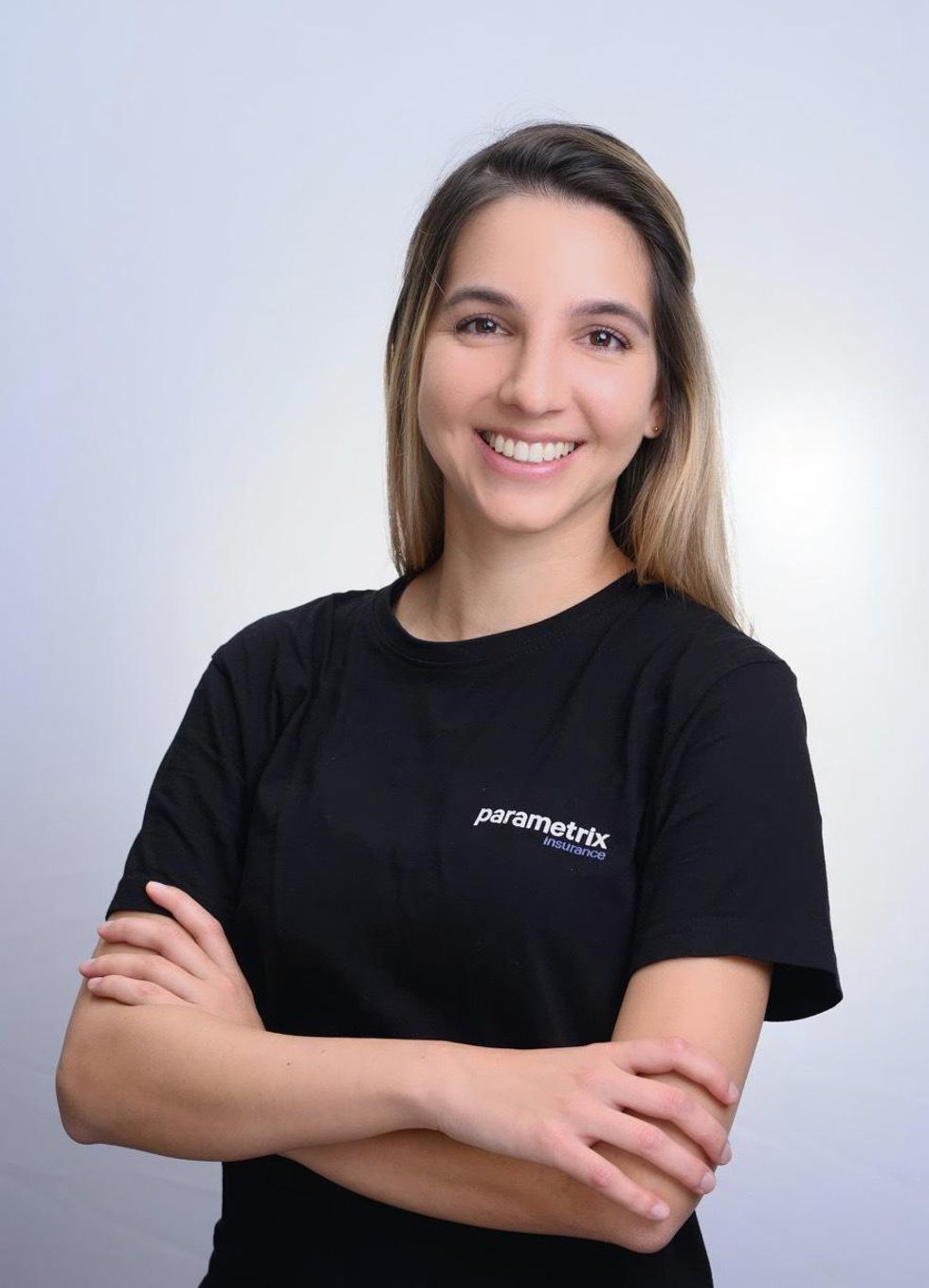 Like almost all major cloud customers, many of Parametrix’s customers have service-level agreements (SLAs) with cloud providers, which award credits when they fail to meet a certain minimum monthly uptime percentage. That’s different from covering financial damage caused to a business. Parametrix’s policyholders can use their payouts to cover financial losses including lost revenue, lost end-user and employee productivity, customer compensation, lost or damaged data and reputational damage.

“Really, you can only be as available as the public cloud that you’re sitting on,” Rozy said. “A lot of customers are interested in ensuring if they hit their SLA liability due to the cloud going down, that the financial losses will be covered. But [cloud providers] only give you the credit for the service you didn’t receive from them. The bigger losses are actually the company losses that it had on customers, the credibility that you now are losing in the market.”

Parametrix typically offers downtime insurance for up to 18 hours of coverage, but coverage can be customized to last longer if needed. Premiums, which are determined by the desired amount of per-hour coverage and a customer’s cloud infrastructure, can vary from $10,000 annually to $500,000 annually.

“We’ve had companies want $1 million for every hour of downtime,” Rozy said.

Parametrix automatically reaches out to customers once its monitoring system identifies a downtime event so they can implement business recovery and continuity procedures. When an outage occurs, they can see in real time which external systems are involved and the event’s duration, cause, location and severity.

There is no claims adjustment process; customers need only sign a statement of loss. Payouts are promised within 15 days after a downtime event ends, but most payouts are made within five days, according to Rozy.

Parametrix has a team of in-house actuaries and handles its own pricing and underwriting, but the money being paid out to customers comes from the reinsurance market.

“We are … partnered with syndicates from Lloyd’s of London and a top-three reinsurer that provides us with the capacity backing,” Rozy said. “When there is an outage, it can essentially be millions of dollars that are paid out.”

Parametrix took its name from parametric insurance, which insures policyholders against the occurrence of a specific event by paying a set amount based on the magnitude of the event, rather than the magnitude of the losses as with a traditional indemnity policy, according to the National Association of Insurance Commissioners. A parametric policy would pay $100,000 if an earthquake occurs with a magnitude that’s 5.0 or greater, for example.

“It’s the type of insurance model that, before Parametrix, was really only used with weather-related events,” Rozy said. “The way that the model works is essentially you can eliminate the claims process if you’re able to create an objective event. Clouds going down: That’s an objective event for the client. An earthquake or a flood — any weather-related event — is an objective event. The Parametrix model looks at that and says, ‘OK, if you’re able to create that type of event, then you don’t need the claims process, and the insurance product can be very straightforward.’”

Parametrix works with brokers — it says it has signed agreements with about half of the top 30 global brokers — and sells its insurance directly.

We’ve had companies want $1 million for every hour of downtime.

New York insurance broker Founder Shield markets Parametrix’s downtime insurance as a complement to its cyber insurance, which has a longer required waiting period before coverage kicks in. With the increase in cyber attacks, many customers are taking a harder look at how they’re protecting themselves, according to Rachel Jenkins, customer success manager and managing director of Founder Shield.

“The [cyber insurance] coverage does not kick in until after a certain number of hours and/or days have passed,” Jenkins said. “Most companies will tell you the largest portion of their loss after an outage event is usually that first 24 hours, because within 24 hours, most well-developed, third-party vendors will probably be able to get back online and get your business back running. So there’s a gap: What are you supposed to do to maintain your business or to protect yourself from losses associated with those initial first hours, before that insurance kicks in?”

Founder Shield has seen interest in Parametrix cloud downtime insurance from customers in health care, software as a service, fintech and retail, according to Jenkins.

“The product itself spurs a lot of internal discussions that are important to have with your tech team, with your risk management team, about proper breach response, breach response planning and that sort of thing,” she said.

The claims environment for cyber insurance is volatile right now, and there aren’t a lot of companies looking to enter the market with new products such as cloud downtime insurance, according to Jenkins.

“A lot of carriers have experienced an increased amount of claim payments that they’ve had to pay, which has made them reduce their appetite,” she said. “You’ve seen rates really increase. We’ve had carriers completely pull out of the cyber market, so I was pleasantly surprised with what [Parametrix has] been able to offer. And they have really been able to leverage technology in a way that … we really do identify with and our clients identify with as well.”