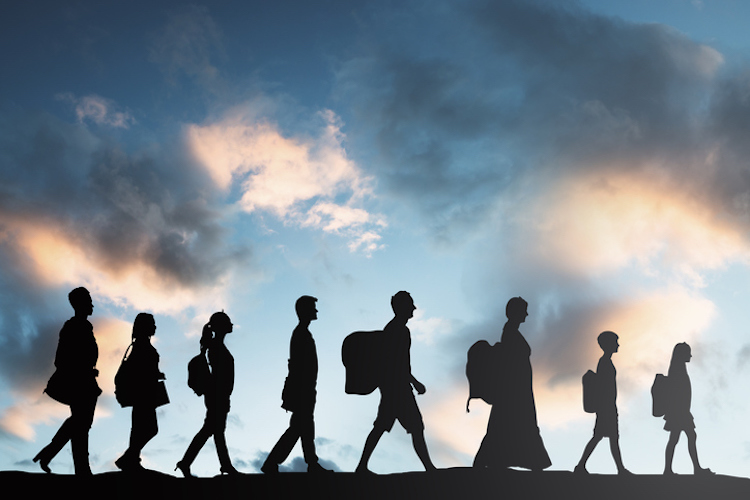 “The decision was quick and driven by necessity rather than choice.” 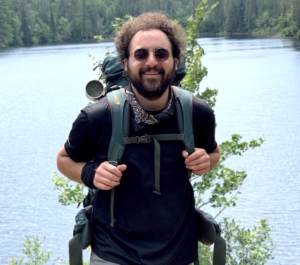 Mounir Nasri from Saudi Arabia is going to Queen’s University

That was Mounir Nasri’s answer to why he left his home country, and his journey has been anything but ordinary. He currently lives in Toronto, Canada, but grew up in Syria until he was forced to flee to Lebanon because of a devastating war. “One of my best friends got kidnapped and the shelling had reached my bedroom balcony. I was finishing off my first year of university and at one point it was extremely dangerous to simply commute to school.”

He believes that his journey as a refugee was characterized by innovation, “from challenges that come with not having proper legal status to challenges in finding employment and learning opportunities in the midst of uncertainty.” He realised that innovation became a necessity when forced to navigate these complex barriers and, for this reason, he decided to apply to Smith School of Business at Queen’s University in Canada to study a Masters in Management, Innovation and Entrepreneurship. 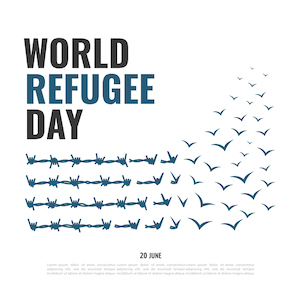 One of the reasons Mounir chose Smith School of Business was that the school offered him the opportunity to continue his full-time role whilst pursuing his studies, “I was able to learn from work and school at the same time and apply different ways of thinking and learning in both worlds.” It was a difficult experience for him and required big sacrifices, but feels that it was absolutely worth it.

Another reason was location. “Canada, and specifically Toronto, is a unique place. The diversity of people and thought is incredible and that helped me navigate opportunities to call this place home.” Unlike many, Mounir’s experience of adapting to a new country after seeking refuge was rather smooth. He is very grateful that he had community members who helped him and his family to settle in when they first arrived.

Today marks World Refugee Day, a day to commemorate the challenges faced by Mounir and other refugees all over the world, and the incredible courage they show in the face of adversity. Sadly, there are over 68 million people who have been displaced, half of whom are women – the highest number of refugees ever.

THE BIGGEST CHALLENGE: ‘HOW TO EXPRESS MYSELF IN A SOCIETY THAT DOES NOT KNOW MY CULTURE’ 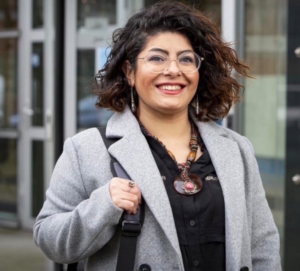 Nisreen Mehho and her husband left Syria for the U.K. and earned her master’s in change management from the Rotterdam School of Management at Erasmus University

In these interviews, we showcase the impressive individuals who have not only left their country, but also used the opportunity to attend business school to improve their lives. We have refugees who have used their degree to secure high-quality jobs and set up their own business, but also as way to help them integrate into society.

Nisreen Mehho, who also fled from Syria, found that seeking refuge status and integrating into society was difficult. The biggest challenge was the language of the country,” she explains, “and how to express myself in a society that does not know much about my culture except some stereotypical images and stigmas.” Adding to this the challenge of finding a job, Nisreen’s new start in the Netherlands was tough.

To improve her situation, Nisreen decided to study a Change Management programme at Rotterdam School of Management, Erasmus University (RSM). She chose the RSM program because it was suitable for her language skills, but also allowed her to juggle her studies with her personal life as a wife and mother. “It was a valuable experience and made big changes in my life with thanks to Erasmus University for giving me the opportunity to build a good future here.”

A SYRIAN REFUGEE IS STUDYING HIS MBA IN FRANKFURT 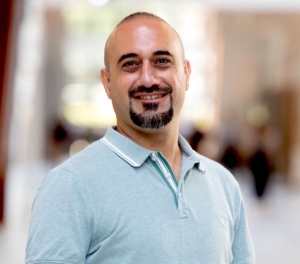 Not only did the course give Nisreen the qualifications to secure a job in the Netherlands, but it also helped with her self-development and integration into society, “I also learned to implement changes on a personal level in mine and my family’s life, my studies helped me to transfer difficulties into opportunities for self-development.”

Similarly, Anas Darkoushy, a part-time MBA graduate from the Frankfurt School of Finance and Management also struggled with communicating with people from a different culture. “German is not the kind of language you can learn quickly, but communicating with German people in their own language can open many doors, and therefore I tried, and I keep doing my best to become fluent.”

Anas travelled to Germany just after the war broke out in Syria. The journey was dangerous which is why he decided to travel alone initially. “My family were able to join 10 months later in Germany, where we sought refuge and now call home.” Once Anas and his family had settled, he was told about the possibility to work and study at the same time and immediately he set to find out where and how so he could build a better future for his family. 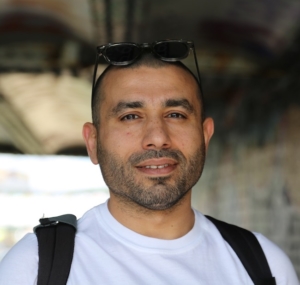 Nour Mouakke came to the U.K. from Syria to study for a master’s in marketing from Durham Business School and never went back

“I always wanted to be a student at one of the best schools, like Frankfurt School of Finance and Management. Being able to get to know one of the major financial centres of the world while studying was very appealing.”

As part of his MBA, Anas got the opportunity to write his Thesis at WIBank, a bank that provides direct and indirect support for very small enterprises in Hesse for their economic development and to generate jobs, and was able to secure a job there, post-graduation as an IT-Service Specialist. He and his wife now have the life they’ve always wanted, and will be moving into their dream home in September this year.

Nour Mouakke had a slightly different journey to others. “I originally moved to Durham two years before the civil war broke out in Syria, so I came over to the UK initially to study and not as a refugee.” He pursued a master’s in marketing at Durham University Business School, one of the school’s specialty business degrees.  The degree helped him land a job with the Intercontinental Hotels Group (IHG) that sponsored him to stay in the United Kingdom as a highly skilled migrant.

TOO DANGEROUS TO RETURN TO SYRIA, HE APPLIES FOR REFUGEE STATUS IN THE UK

But during his days working for IHG, Nour spotted a real gap in the meetings and events market when he saw the time, effort, and cost needed to book even a small meeting. “The entrepreneur within me could not resist the temptation of thinking how to solve this complex problem. I had a business idea I wanted to pursue, Wizme, a wizard for meetings and events.”

In order to launch his business, Nour faced an immediate hurdle– his sponsorship with IHG meant that he was tied to them. He couldn’t leave the company and stay in the UK, and by this point it was too dangerous for him to return to Syria. “My only option was to give up my highly skilled migrant status and apply for refugee status in the UK.”

It was a big gamble, but it paid off. With his friend and classmate from Durham, Iliya Lazarov, Nour was able to set up his business and is grateful for his time at Durham for providing him with the skills to do so. “It truly helped me broaden my horizon and build a great deal of understanding of how businesses operate, and scale globally, and thus evolved my business acumen overall.”

FLEEING IRAN FOR FINLAND AND THE AALTO UNIVERSITY SCHOOL OF BUSINESS

Of course not everyone who flees their country are adults. Ali Jahangiri fled from Iran to Finland with his family when he was only 10-years-old. “I did not have much say in the matter, my parents woke me and my brother up in the middle of the night and we left.”

Once they resettled, Ali finished off his education and after high school and got accepted into the Finnish Military Academy – mandatory for every male citizen to serve the country as a conscript – but his parents did not allow him to enter. “They did not flee one war to see their son join another military.”

Since he couldn’t join the army, Ali decided to apply to Aalto University School of Business to study a Bachelor’s program in Business Administration, with a major in international business, and then a Master of Science. “It took me about 10 years to graduate from Aalto University School of Business since in my final year I got a job in a prestigious consulting company. But finally, in 2012 I graduated after resigning from my professional position and founding a new venture.”

NEVER GIVE UP: ‘IT’S A LOT OF WORK BUT YOU WILL MAKE IT’

Since graduating, Ali has set up his own company, started performing stand-up comedy, and relived his refugee experience filming a documentary about refugees entering Europe – which won best an award at the Tampare Film Festival.

His advice is to never give up. “It’s a lot of work, but you will make it. I became an established comedian and entrepreneur, and my brother studied to become a medical doctor and has also set up his own company.”

Niaz Riyan had a similar experience to Ali. His family fled from Afghanistan to the UK in 2003 when he was just nine years old. As conditions in Afghanistan deteriorated, and the war reached its greatest intensity, Niaz says that all aspects of life in the country suffered, especially education. “My parents made the decision to move here firstly for safety and secondly to give us the best chance to succeed. I believe it is my responsibility to take advantage of every opportunity that is presented to me.”

‘THE EXPERIENCE OF BEING A REFUGEE CAN HUMBLE YOU’ 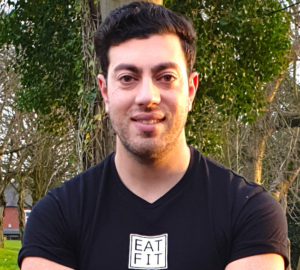 As a result, Niaz decided to apply to study an MBA at Alliance Manchester Business School, which he hopes will help him to establish his healthy nutrition company in the UK and expand further. “In five years’ time I hope to have established my business here in the UK and start a similar business focused on the health sector back home. I would like to give back and develop my community and lift as many people out of poverty as possible.”

For anyone that is in a similar position, Niaz advises them to pursue their dreams and goals in life. He understands that as a refugee this is often harder, but says that you should use this to your advantage. “The experience as a refugee and struggles you face can humble you and teach you skills that you can never learn in the classroom […] during every struggle in life or education you can always reflect and 99 percent of the time you know that things could always have been worse. This helps you to be more grateful and make the most of every opportunity presented to you.”

These are just a handful of the remarkable stories of refugees all over the world, who in the face of adversity have managed to use every opportunity to better themselves and their lives. Business schools have played a key role in ensuring the next step in their life is better than where they started – as a stepping stone to get a job, and also an effective way to network, and integrate into society.

MEET NISREEN MEHHO, FROM SYRIA TO THE ROTTERDAM SCHOOL OF MANAGEMENT