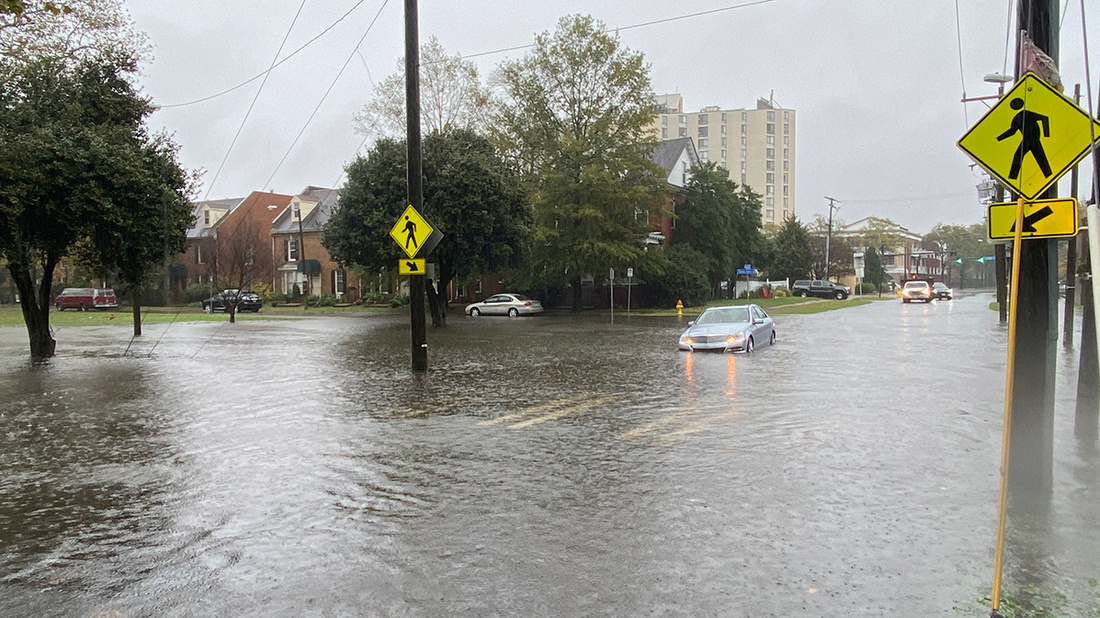 Flooding in Norfolk, Va., during heavy rainfall in November. Some residents worry that rising flood insurance rates will force them out of their homes. 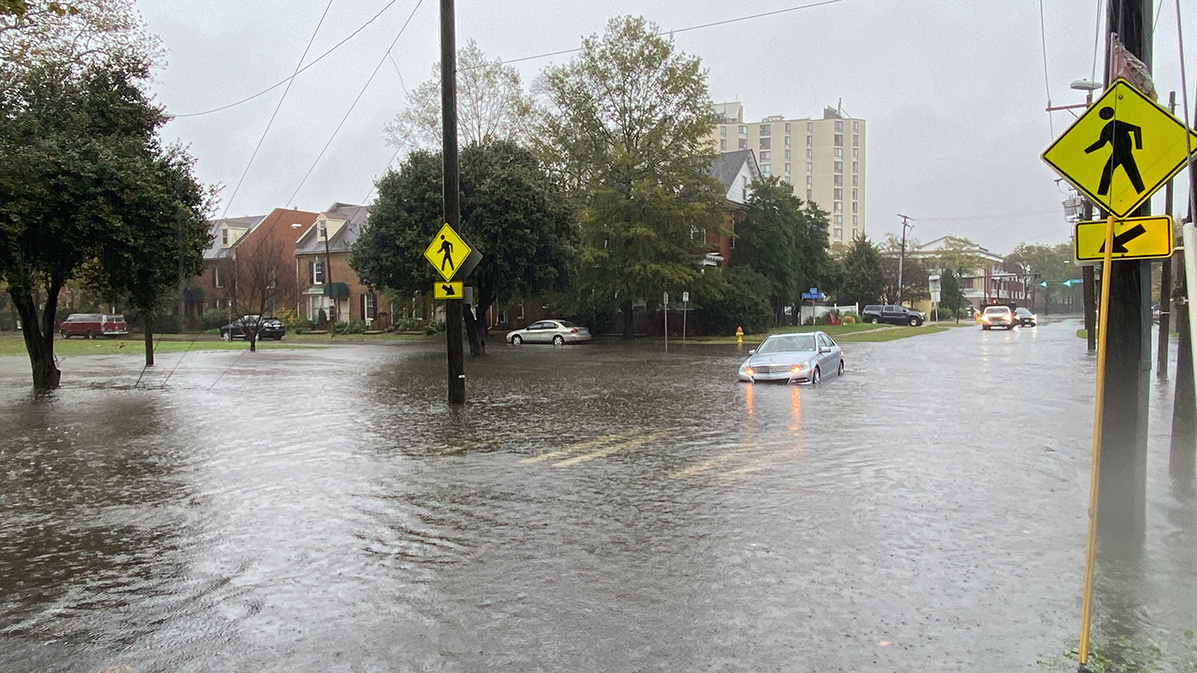 Flooding in Norfolk, Va., during heavy rainfall in November. Some residents worry that rising flood insurance rates will force them out of their homes.

William Jennings and his wife have lived in their Virginia Beach, Va., home for the last 37 years. And their plan was to stay in it through retirement.

“I really like my house,” Jennings says, standing in the front yard. “A two-story home. A swimming pool in the backyard.”

The 72-year-old Army veteran worries that soon his home may no longer be affordable. His wife supports selling it and moving to avoid the additional flood insurance expense.

“Yeah, I don’t want to think about that,” Jennings says. “One of my neighbors said they’ll just walk away from their home, and just leave and let the bank take it.”

Whether Jennings keeps his house may depend on how much more Virginia Beach invests in a little-known federal program that offers sizeable flood insurance discounts.

The voluntary program, the Community Rating System, or CRS, has been around since 1990 and is meant to incentivize localities to reduce their flood risk. It’s increasingly important as climate change fuels more frequent and severe flooding and rising sea levels, leading flood insurance premiums to rise. But experts say many communities aren’t taking full advantage, and it’s costing people.

How the program works

More than 1,500 communities nationwide participate in the federal program, according to the Federal Emergency Management Agency. It involves a ranking system, and the highest discounts are for those living in areas with the most flood risk. But generally, the more cities and towns do to reduce flooding and prepare people for it, the bigger insurance discounts they can earn for their residents.

For example, they can put up “signs that say turn around, don’t drown — alerting people not to drive through floodwater,” Stiff says. “Having requirements for structures to be built up higher is something that earns a lot of points.”

So can not building at all.

Darryl Cook walks through a local cypress swamp in James County, Va., also near the coast and bordered by two rivers. Tall, slender trees stretch high in the sky and fallen leaves cover the muddy ground.

“This area is protected from development,” says Cook, a local stormwater official. “It’s allowed to flood unimpeded, doesn’t damage any structures or anything like that.” 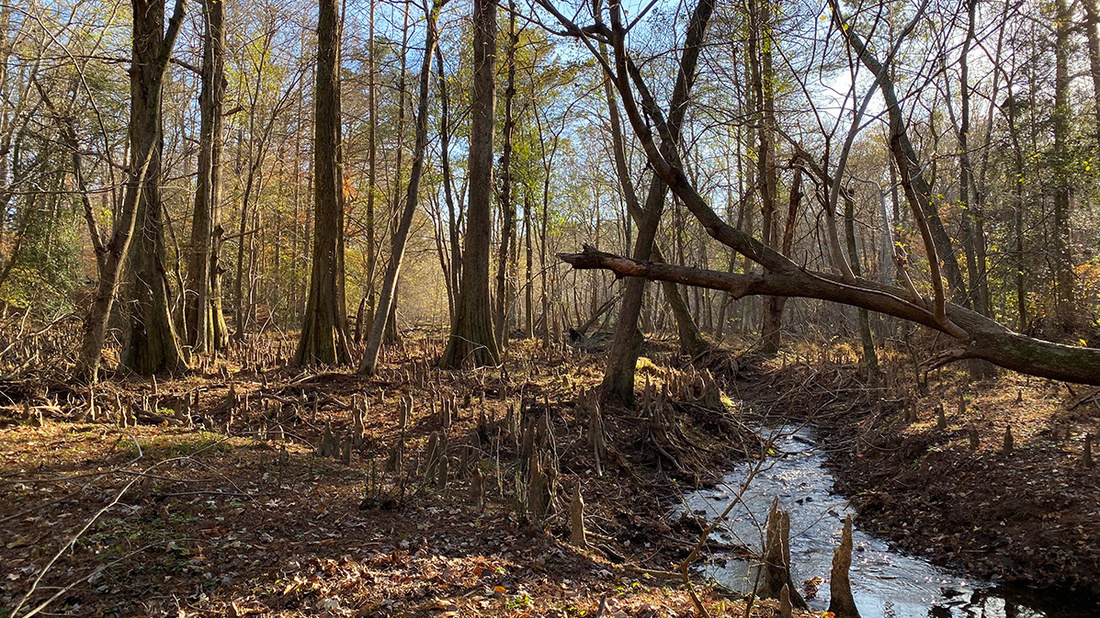 James City County, Va., has received a higher flood insurance discount thanks to restricting development in flood-prone areas like this Williamsburg cypress swamp. 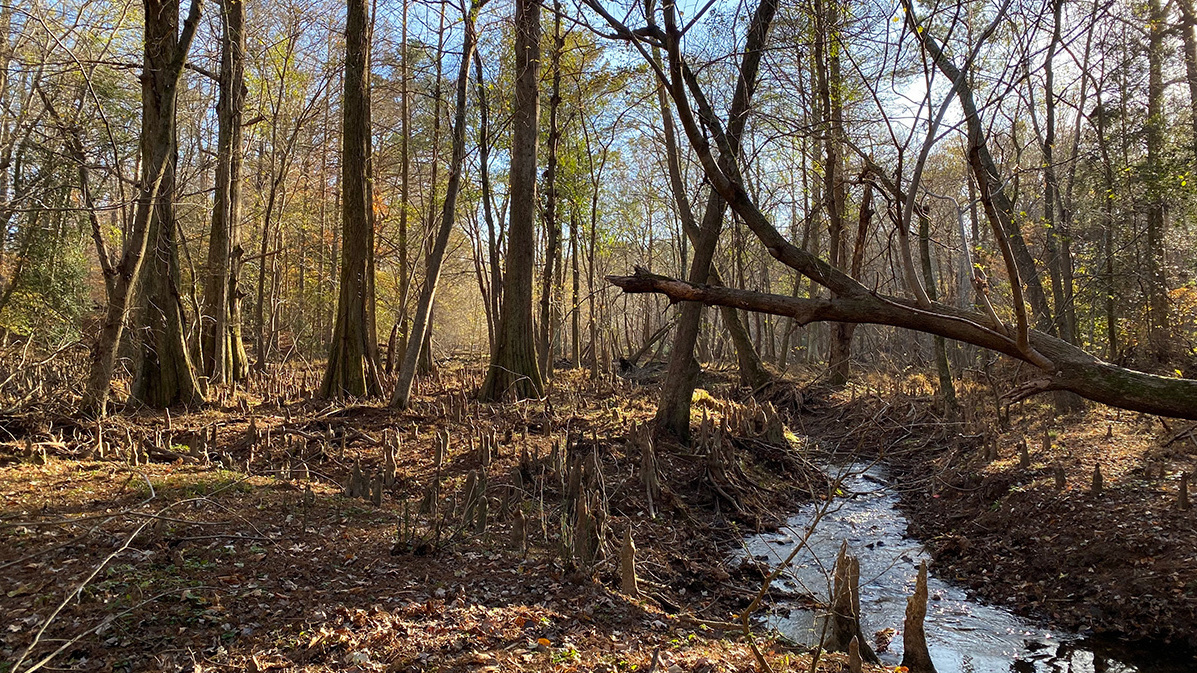 James City County, Va., has received a higher flood insurance discount thanks to restricting development in flood-prone areas like this Williamsburg cypress swamp.

Why some places aren’t doing more

For all its benefits, some communities say the federal flood rating program is cumbersome, and can be a strain on limited resources. As a result, they’re not doing all they can to help residents.

“We looked at it as an opportunity to try to save our residents money,” says town manager Roger Hernstadt.

Take Virginia Beach, which only got involved last year even though the coastal city has been battling sea level rise and has one of the state’s most populated low-lying floodplains. The federal government requires homes and businesses in high-risk flood zones to have flood insurance if they have federally-backed mortgages.

Whitney McNamara, an environmental planner with the city, says officials had to buy into the benefits of the program before the city applied.

“Part of it for us was just, our constituents and our elected officials really started becoming more aware of the impact flooding was having on our communities,” she says.

Virginia Beach currently has a 15{de3fc13d4eb210e6ea91a63b91641ad51ecf4a1f1306988bf846a537e7024eeb} discount. But, while the city continues to focus on flood protections, McNamara says there are no immediate plans to improve its CRS rating. She says she already spends about half her time on the program. “To get to the point that we could be scrapping for points,” she says, “would take a lot more than the time I have.”

A spokeswoman for Newport News, Va., another coastal, flood-prone city, says staffing shortages also prevented it from joining the federal flood rating program sooner, but it’s in the process of applying now.

Roy Wright, a former head of the National Flood Insurance Program, says the discounts are increasingly important as climate-driven flooding worsens and flood insurance rates continue to go up. Cities across the country that don’t make the Community Rating System a priority will lose out more and more, he says.

“So a city council needs to look holistically at the value of it, because across all of their policyholders who get that discount, it really begins to add up,” says Wright, who’s currently the CEO of the Insurance Institute for Business and Home Safety.

Wright predicts that more cities will decide it makes sense to invest in the rating system, as more residents struggle to hang on to their homes amid rising premiums.