Sacramento-area residents will see average rate increases of 3.4% for 2022 if they buy their health insurance through Covered California or directly from insurance carriers later this year, the agency announced Wednesday.

That increase is the highest regional increase in the state, followed by 3.3% in San Diego County and 3.1% in the San Luis Obispo area. Many consumers in rural areas of Northern California will see rate reductions of 5.8%.

“PriceWaterhouse came out with a report very recently that noted that they’re looking at employer coverage premium increases ranging from 5-7%,” Lee said. “And so these increases are far lower than that. Here in California, CalPERS recently announced premium increases of about 4.9%.”

Historically, Sacramento has had one of the more consolidated markets when it comes to major provider systems such as Sutter Health and Dignity Health, according to Covered California officials, and this can limit how much competition will keep costs down.

Lee said that a couple of factors are working in favor of California consumers. The agency has signed up more people, leading to a healthier risk pool and more individuals sharing the cost, he said.

There’s also increased competition with Anthem Blue Cross returning to the Sacramento region and other markets, Bright HealthCare coming to Contra Costa County and other insurers expanding the types of plans they’re offering.

“There is no one in the state of California that does not have at least two plans to choose, but the vast majority have a lot of choice.,” Lee said. “Eight out of 10, or 80% of the people, have four or more carriers to choose from. That means that they’re in the driver’s seat. If they don’t like a plan, they can go to someone else.”

New subsidies from the state and federal government also are making coverage more affordable to working class and middle class Americans, Lee said, by ensuring they can get help even if they make more than 400% of the federal poverty level.

California lawmakers this year extended subsidies to residents whose income doesn’t exceed 600% of the federal poverty level. Federal laws had restricted subsidies to those who earned less than 400% of the poverty level, but this year’s American Rescue Plan capped health insurance premiums at no more than 8.5% of household income for people over that limit.

Lee said his team has documented how these changes are helping people who struggled with bills, noting that a consumer in Camino is now receiving $600 a month in subsidies to help with insurance costs and another in Indio went from paying $220 a month to $1 a month this year.

Nine out of every 10 people who buy insurance through Covered Caifornia have qualified for some type of subsidy, Lee said.

Lee said he hopes Congress will make the 8.5% provision permanent but that it now is only a two-year measure, saying this is critical to 10 million Americans getting coverage on federal and state exchanges.

Covered California continues to enroll new policy holders for coverage this year in an attempt to ensure everyone has insurance amid the COVID-19 pandemic, Lee said, and the agency will do so up until open enrollment begins for 2022.

Lee said the agency is redoubling its efforts to make sure all insurers are addressing health care disparities, rolling out a new quality transformation initiative that will penalize plans that aren’t ensuring all members are receiving equal and uniform access to screenings, testing and procedures that can improve their health — and, in many cases, save their lives.

The practical implication of penalties is that they make subpar plans more costly, Lee said, making them less desirable to consumers who can pay a little more or perhaps the same for a plan with higher ratings.

Covered California’s plan are rated with a star system, five stars being the highest quality and providing the best member experience, Lee said, and 85 percent of consumers are in plans rated three stars or higher. 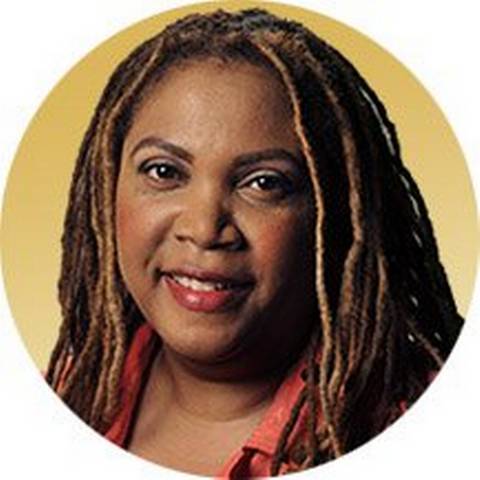 Cathie Anderson covers health care for The Bee. Growing up, her blue-collar parents paid out of pocket for care. She joined The Bee in 2002, with roles including business columnist and features editor. She previously worked at papers including the Dallas Morning News, Detroit News and Austin American-Statesman.