Chicago mayors have a long and documented history of filling key vacancies with interim appointments only to strip away that “acting” title and make those temporary appointees permanent.

That’s what happened Wednesday at World Business Chicago, the public-private job growth agency that will play a pivotal role in rebuilding a local economy decimated by the coronavirus and devastated by two rounds of looting.

Michael Fassnacht, the $1-a-year chief marketing officer who has held down the fort at World Business Chicago since Andrea Zopp stepped down as president and CEO on Dec. 31, was anointed as Zopp’s permanent replacement.

Fassnacht could not be reached for comment. Whether his salary will change, and by how much, was not immediately clear. With revenues down during the pandemic, the agency had cut nine of its 39 staff positions.

A press release announcing the permanent appointment quoted him as saying that “history has proven over and over” that Chicago is a “resilient and imaginative and innovative” city capable of bouncing back.

“I look forward to … supporting an equitable and inclusive recovery. Chicago should become a role model for any global large city of how to enable and drive economic growth for all of its residents,” Fassnacht was quoted as saying.

Mayor Lori Lightfoot was quoted as saying that “getting through and beyond” economic recovery “requires a steady grip, focus and expertise.”

“Michael brings that and more to the city of Chicago. Time and time again, Michael has demonstrated his passion for inclusive economic development and investment while simultaneously creating eye-catching and memorable marketing initiatives that center the authenticity of our residents,” the mayor was quoted as saying.

“I am thrilled that he will continue supporting our city in his dual roles as my chief marketing officer and president and CEO of World Business Chicago.”

When Zopp announced her retirement in early December, Fassnacht hinted strongly he would not be a candidate for the permanent job.

At the time, he said his goal was to attract new companies and foster an “open, transparent frank conversation” between the mayor and the business community.

“I’m very bullish on the second half of 2021 and 2022 [because of the] pent-up demand for people to have experiences outside the home, outside maybe their city,” Fassnacht said on that day.

“Leisure travel . . . will come back better than before as long as we can position Chicago as an amazing place for one of the most diverse experiences — not just in downtown, but across all neighborhoods.”

Fassnacht takes the permanent reins at World Business Chicago as the city is beginning to reawaken from its pandemic-induced slumber, thanks to increased vaccination rates and a declining number of coronavirus cases.

Downtown office employees are beginning to trickle in after more than a year of working remotely.

McCormick Place is reopening to reduced capacity, beginning with the July return of a revamped and reimagined Chicago Auto Show.

Chicago hotels devastated by the pandemic are hoping to attract stay-cationers and out-of-town visitors this summer, thanks to the return of festivals, concerts and theaters.

Fassnacht’s job will be to make the most of that comeback by persuading companies to bring their employees back downtown full-time. He will also be called upon to use his extensive marketing experience and creativity to help market Chicago to the Midwest, the nation and the world.

The new president and CEO of World Business Chicago is uniquely positioned to do just that.

He is a former commercial advertising whiz who, while serving as CEO and president of FCB, donated his time to work on former Mayor Rahm Emanuel’s failed pitch to attract Amazon’s corporate headquarters.

Last fall, Fassnacht told the Sun-Times that Lightfoot and her “authentic” personality would be a cornerstone of the plan to “rebrand” Chicago and help the city recover from the economic havoc wreaked by the coronavirus.

“If you look at the mayor and what she represents — her history, her background, her personality — people are very intrigued by that. They might not agree with everything. But they’re intrigued and believe she’s authentic,” Fassnacht said then.

“Look at just the ‘stay-at-home, save lives’ campaign. Millions of people have seen that. It changed behavior. We talked about Halloween when she dressed up with our health commissioner. Millions of people saw that. It’s the ideas and the creativity that, ultimately I believe will, step-by-step, rebrand Chicago.”

For decades, Chicago was known around the world as the home of mobster Al Capone. That was thankfully supplanted by Chicago Bulls superstar Michael Jordan and the two three-peats he engineered during the 1990s.

Fassnacht said then that the rebranding of post-pandemic Chicago would highlight the city’s diversity without sweeping under the rug its ugly underbelly as one of the nation’s most segregated cities.

“I really would love to be known for [being] a creative, innovative city that has honestly addressed the sins of its past to build a much more equitable city that everyone can enjoy,” he said. 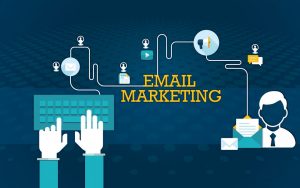